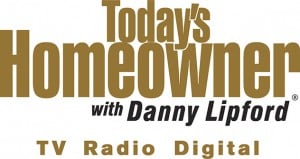 President and face of the Today’s Homeowner brand, National Home Improvement Expert Danny Lipford points to quality content as the source for the brand’s continued growth and success. “We continue to increase our TV, radio and web audiences because people never get tired of good information. Our mission at Today’s Homeowner has always been to provide content that consumers value and can use to improve their homes.”

The broadcast platform for the brand includes both television and radio versions of the nationally syndicated show, Today’s Homeowner with Danny Lipford. February 2015 Nielsen ratings report that the Emmy-nominated television show reached over 1.5 million weekly viewers. These numbers are among the highest in the show’s 17-year history. The television show is currently broadcast on 214 stations in 205 markets and is the #1 syndicated home improvement TV program in the country.

Each week on the TV show, Danny and his co-hosts, Allen Lyle and Chelsea Lipford Wolf, partner with homeowners to tackle a specific project. From bathroom renovations to kitchen makeovers and professional advice on many topics in between, Today’s Homeowner with Danny Lipford television continues to deliver quality, useful information.

The digital arm of the Today’s Homeowner brand is anchored by its home improvement website, TodaysHomeowner.com. In March 2015, the website drew 1.3 million unique visitors and hit over 2 million page views, representing 30% growth in traffic in the last months. The Today’s Homeowner digital newsletter has also seen a 30% increase in subscribers since the beginning of the year. Offering over 4,000 step-by-step videos and articles on virtually any topic to do with the home, TodaysHomeowner.com has become a popular destination site for home enthusiasts and do-it-yourselfers. Today’s Homeowner fan Melissa L. from CO comments, “It’s not often I’m compelled to “gush” over a website, but as a recent visitor, I’m certain this is THE BEST DIY site on the net! Your videos are thorough, to-the-point and every one is worthwhile!”

Today’s Homeowner’s radio platform has experienced growth with 150 stations nationwide carrying the brand’s home improvement content. Since the beginning of 2015, several new stations have added the full two-hour Today’s Homeowner radio program which is the fastest growing home improvement radio show in the country. The brand has also seen increased pickup of Danny’s popular Tips for Today’s Homeowner which feature his best tips and advice. The 90-second vignette-style Tips are a perfect drive-time fit for both music and talk format stations. The company has even expanded its staff with the addition of a new Western syndication territory representative to handle the increased demand for Today’s Homeowner content.