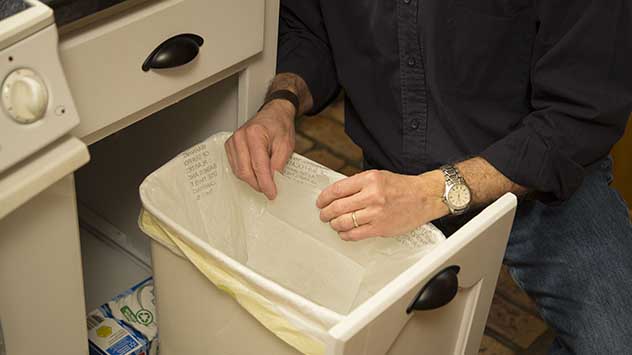 MOBILE, Ala. (April 3, 2018) – America’s Home Improvement Expert, Danny Lipford, is pleased to announce the winner of his popular “Win Danny and His Crew” contest sponsored by Today’s Homeowner and Leviton.

The 2018 recipient of the home improvement brand’s most coveted prize is Rebecca West of Santa Rosa, Calif.

Lipford and his crew will travel to sunny California to tackle her to-do list and capture all of the action on camera for a special episode of the show. The work and taping will take place at West’s home April 22-26.

When show host, Danny Lipford, contacted West to deliver the news, she was thrilled to learn she had the winning entry.

“When I heard Danny’s voice on the phone I thought, holy cow – there’s no way he’d be calling me personally with bad news,” West said. “Once the reality set in, I started to think about what I’d gotten myself into. It’s not just company coming over – there will be cameras in my house! I’m going to be maniacally cleaning for the next four weeks.”

“I’m very excited to be taking the show and my team to California to work with this year’s contest winner,” said Lipford. “It was clear from her contest entry video that Rebecca is a true home enthusiast and ‘Today’s Homeowner’ fan. We can’t wait to dig into the projects at her house and show her, and our audience, just how fun home improvement can be!”

For years, one of the top questions submitted from “Today’s Homeowner” fans has been, “How can I get Danny to my house?” The answer became clear when “Win Danny and His Crew” contest was introduced.

Since its launch in 2010, the contest has drawn tens of thousands of entrants from nearly every state in the U.S. vying for the chance to have Lipford and his team at their beck and call.

Annual entries have increased steadily over the years as the television show has continued to grow its audience. “Today’s Homeowner” now reaches 1.6 million weekly viewers through its affiliates and is attracting even more viewers through its’ recent expansion into the streaming market.

Seasons 15-18 of the show are now available on demand via Amazon Prime Video, which, coincidentally, is where West first learned about the show.

As the contest winner, West will receive:
•A personal visit from “Today’s Homeowner” host, Danny Lipford, and his team
•Labor for home repair and maintenance projects
•Home improvement expertise, advice and instruction
•Up to $1,000 in materials to complete projects
•A starring role in an episode of the “Today’s Homeowner” television show, available in 109 million homes in the U.S.

The episode featuring West and the improvements to her home is set to air the week of May 21, 2018.

Host and founder of the brand, Danny Lipford, is among the most sought-after home improvement experts in the country. The seasoned remodeling contractor and media personality served as the home improvement expert for CBS’s “The Early Show” and The Weather Channel for over a decade and has made more than 180 national television appearances on “Fox & Friends,” “Inside Edition,” “Morning Express with Robin Meade,” FOX Business Channel, “Rachael Ray” and more. He travels the country making appearances as a brand ambassador and spokesperson, and contributes expertise to hundreds of popular magazines and online media outlets each year.