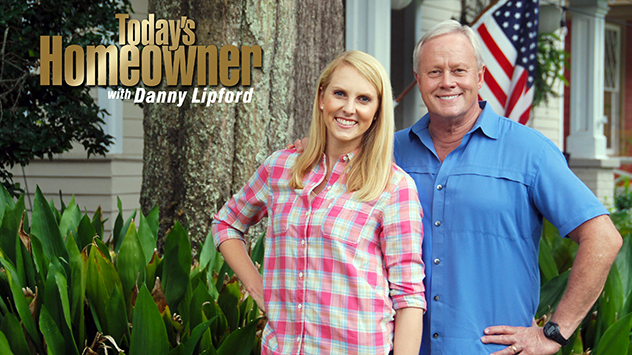 The brand originally launched 4 seasons of its Emmy-nominated television show on the platform in May 2018. With this newest release, home improvement fans can enjoy 14 seasons, or 315 individual episodes, of family-friendly programming with fresh, practical tips and advice for maintaining and improving their homes.

National home improvement expert and host of the show, Danny Lipford, weighs in on the expansion.

“When we debuted on Amazon last year,” he said, “I immediately started hearing from fans asking when new episodes would be available. There’s such an appetite for quality home improvement content, and making it available to viewers on-demand just makes sense. Binge-watching is here to stay!”

The addition of 10 new seasons to Prime Video means binge-watchers can fill their weekends with 105 hours of non-stop “Today’s Homeowner” fun and expertise.

Currently in its 21st broadcast season, “Today’s Homeowner” TV reaches a live audience of 2.1 million weekly viewers and is syndicated in 207 of the 210 available Nielsen markets, covering 90% of the U.S.

Host and founder of the brand, Danny Lipford, is among the most sought-after home improvement experts in the country. The seasoned remodeling contractor and media personality served as the home improvement expert for CBS’s “The Early Show” and The Weather Channel for over a decade and has made more than 190 national television appearances on “FOX & Friends,” “Inside Edition,” “Morning Express with Robin Meade,” FOX Business Channel, “Rachael Ray” and more.

He travels the country making appearances as a brand ambassador and spokesperson, and contributes expertise to hundreds of popular magazines and online media outlets each year.