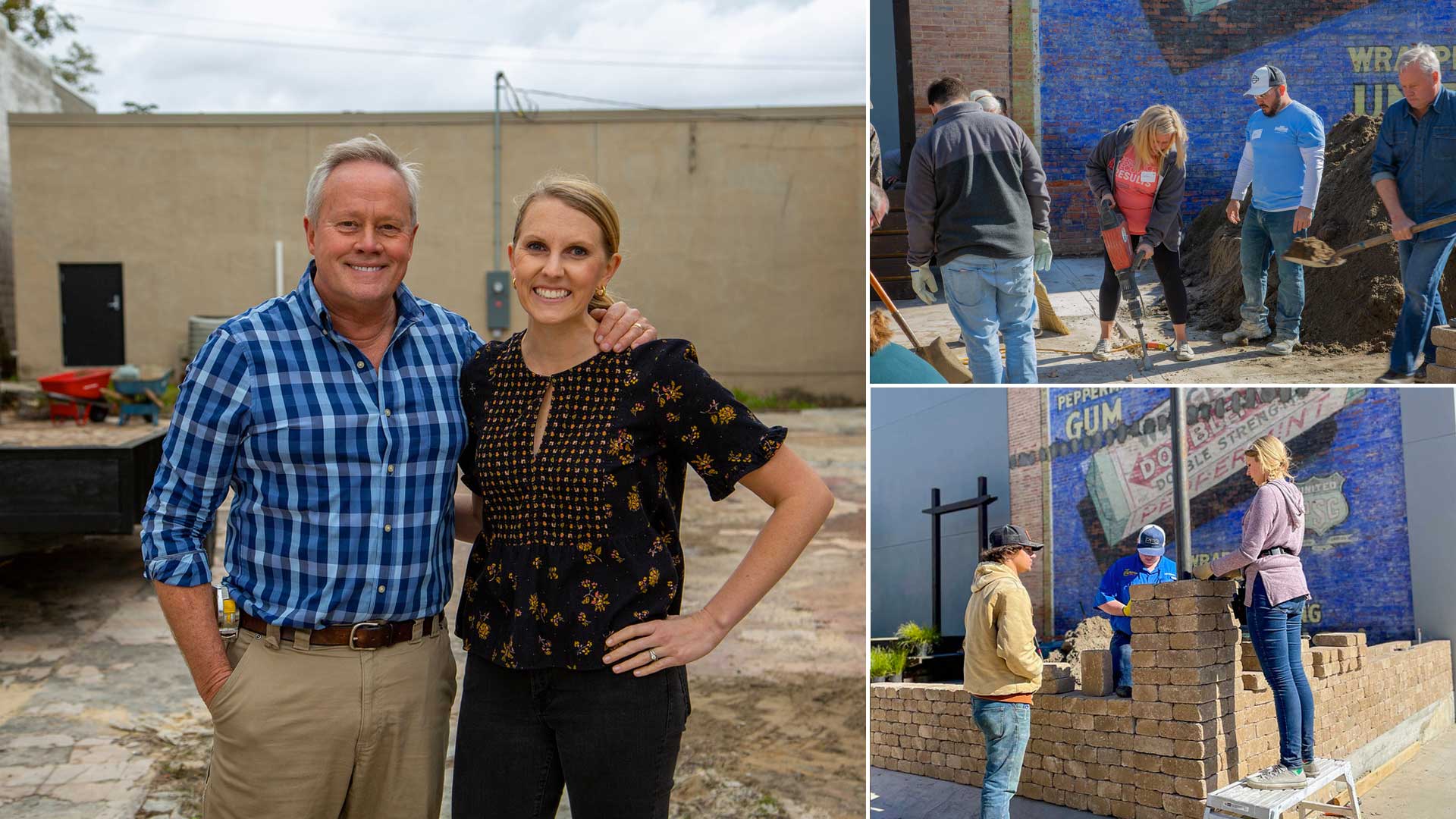 MOBILE, AL (February 3, 2021) — Home improvement expert, Danny Lipford, is shining a media spotlight on his hometown of Marianna, Florida, with the debut of a special two-part series on his national television show, “Today’s Homeowner.” The series, titled “Hope for a Hometown,” follows Lipford and his daughter and co-host, Chelsea Lipford Wolf, as they travel to Marianna to convert an abandoned lot into a community “pocket park.”

In 2018, Marianna was in the direct path of Hurricane Michael. The storm devastated many areas of the city, including one downtown building located along its main historic thoroughfare. The ruins of the office building were removed, and the lot remained an empty eyesore and reminder of the storm’s wrath for two years.

Lipford had a desire to do something to help his hometown. He reached out to several friends to brainstorm ideas, and before long, the “pocket park project” was born. He recruited a committee of friends and city leaders to work with his Today’s Homeowner team to organize a community-wide effort to turn the empty lot into a downtown attraction. The “pocket park” will serve as a public gathering and small event space for the Marianna community with landscaping, seating, lighting, a stage and more.

More than 150 volunteers turned out in downtown Marianna December 5-10 to work on this special project, which culminated with a grand opening for the park, named Lafayette Landing.

“I’ve worked on a lot of community service projects and people always seem eager to volunteer, but you never know if they’re going to show up,” said Lipford. “Well, the Marianna community showed up – and they showed up to WORK! We had over 150 people grabbing shovels, pouring concrete and digging in to make this project a reality.”

The entire process of building the park — from its humble beginnings as an empty lot to the ribbon-cutting ceremony and celebration — was captured on film for the special two-part series on  “Today’s Homeowner” TV.

Additional behind-the-scenes and exclusive content from the series, including videos and a project photo gallery, is available at TodaysHomeowner.com/HopeForAHometown.

Show hosts, Danny Lipford and Chelsea Lipford Wolf, are available for phone and broadcast interviews (via LiveU) and may be scheduled through Stephanie Greenwood, VP of PR, Marketing & Digital for Today’s Homeowner Media: stephanie@dannylipford.com; 251.478.3345 x110.

Host and founder of the brand, Danny Lipford, is among the most sought-after home improvement experts in the country. The seasoned remodeling contractor and media personality served as the home improvement expert for CBS’s “The Early Show” and The Weather Channel for over a decade and has made more than 200 national television appearances on “FOX & Friends,” “Inside Edition,” “Morning Express with Robin Meade,” FOX Business Channel, “Rachael Ray” and more. He travels the country making appearances as a brand ambassador and spokesperson, and contributes expertise to hundreds of popular magazines and online media outlets each year.