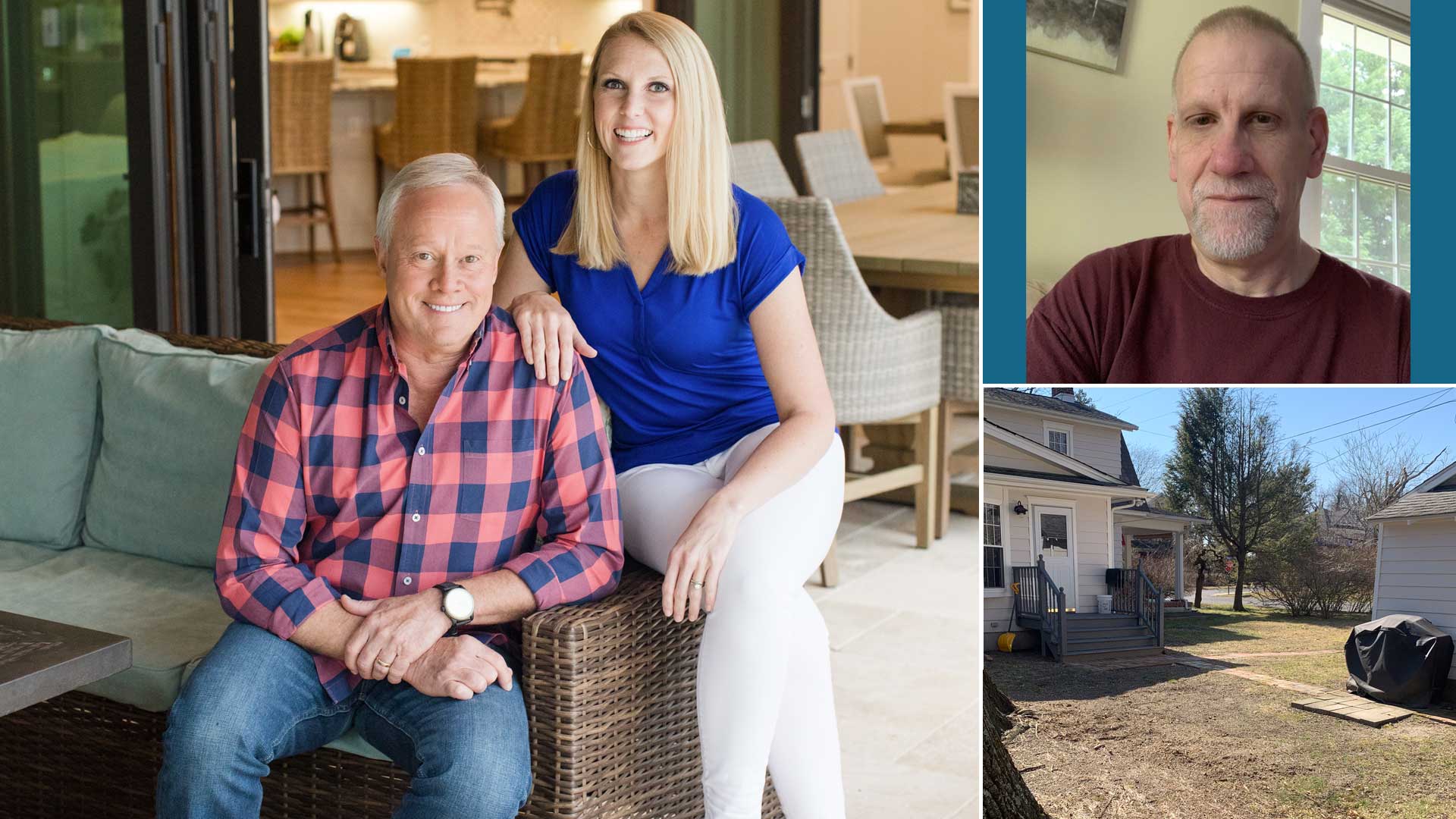 MOBILE, ALABAMA (April 26, 2021) — Today’s Homeowner Media is pleased to announce Jeff Lynch of Glassboro, NJ, as this year’s winner of its annual “Backyard Paradise” contest. Hosts of the brand’s Emmy-nominated “Today’s Homeowner” television show, Danny Lipford and Chelsea Lipford Wolf, will head to New Jersey to transform Lynch’s backyard into the outdoor oasis of his dreams.

As an avid “Today’s Homeowner” fan, Lynch entered the contest with big plans for his backyard. “I have a beautiful, old Dutch Colonial home, but I need a beautiful backyard to complete it. I have wanted a paver patio since I moved into my house 3.5 years ago. I never miss your show and have seen many instances where you have built patios that came out beautifully.”

The “Backyard Paradise” contest, sponsored by Today’s Homeowner Media, Pavestone and Quikrete, is extremely popular among homeowners, drawing thousands of entrants from nearly every state in the U.S.

As the winner, Lynch will receive expert design services to create the backyard of his dreams, labor and installation of a variety of project materials from Pavestone and Quikrete, valued at $10,000. Additionally, he will appear on a special episode of “Today’s Homeowner” TV showcasing his backyard makeover.

Lipford is excited to take his crew on the road to New Jersey for this special project. “It’s always rewarding to work with people who have a vision for their home, but aren’t quite sure how to get started,” said Lipford. “We get a chance to teach them some DIY skills and give them confidence! Chelsea and I look forward to working with Jeff on his outdoor area — I think he and our audience will love how it all turns out.”

When Lynch received news of winning the contest, he was in shock. “I never win anything! Hearing Danny’s voice on the other end of the phone — I thought it was a dream. It took a few minutes for it to sink in.” And, as far as being featured on national television, Lynch said, “It’s so surreal, but I know it’s going to be a blast. I’m a social guy, not shy at all.”

Lynch told Lipford he looks forward to having an attractive, usable paver patio, a nice seating area, a grilling station and a fire pit in his new backyard.

The “Today’s Homeowner” team will coordinate Lynch’s backyard makeover this spring, with the episode set to air in July.