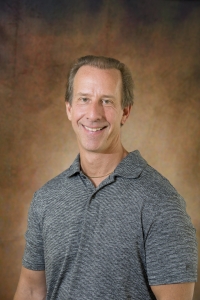 MOBILE, ALABAMA (November 9, 2021) — Today’s Homeowner Media has named Scott Basilotta as its first Vice President of Distribution. Basilotta, formerly the Director of Television and Radio Syndication, has been with the company for 9 years leading distribution efforts for the brand’s nationally syndicated television and radio shows, “Today’s Homeowner with Danny Lipford.”

During his tenure, Basilotta has expanded the “Today’s Homeowner” TV footprint by 38%. The show currently airs in 208 of 210 markets and is available in 92% of the U.S. Additionally, the television show is available in Canada, and on multiple streaming platforms including Roku, Crackle, Tubi, IMDb TV, Pluto TV, Xumo on demand and linear channel 476, Vizio Smart TVs on demand, and linear – channel 516.

“Today’s Homeowner” Radio has seen even more growth over the past 9 years with a 458% increase in stations airing the weekly show. The 2-hour broadcast currently airs on 319 stations. Additionally, the brand’s “Tips for Today’s Homeowner” vignettes have seen a 362% increase during Basilotta’s term. The :90 features air on 377 stations.

“Scott has proven himself an invaluable asset to Today’s Homeowner Media,” said Danny Lipford, President and host of the brand. “He believes in the brand, and represents it well. He has developed significant affiliate relationships and continues to share how our practical, quality home improvement content provides audience growth and revenue generation for any station. I’m proud to have him on my team and leading our distribution efforts.”

In his elevated role as Vice President of Distribution, Basilotta will continue securing top air times and stations for “Today’s Homeowner” TV and Radio, as well as explore new partnership opportunities for broadcast, streaming and digital content. Basilotta’s efforts to expand the Today’s Homeowner audience impacts the brand’s core mission: to empower homeowners with knowledge and confidence to maintain and improve their homes.

“When I signed on with Today’s Homeowner Media nearly 10 years ago, my goal was to bring as many TV stations on board as I possibly could,” said Basilotta. “Now that the TV show airs in 92% of the country, and the Radio show and features are growing daily, my goal is to continue to grow our affiliate network and make “Today’s Homeowner” TV and Radio the most popular home improvement show out on the market today. I’ve got the greatest team in the world behind me and together there is no limit to what we can accomplish!”