MOBILE, ALABAMA (November 18, 2021) — Today’s Homeowner Media, led by President and Host, Danny Lipford, is pleased to announce its acquisition of nationally known “On The House” Media from owners and hosts, James and Morris Carey.

Known as the “Carey Brothers,” the duo is retiring from their 35-year home improvement media career to focus on their family remodeling business. The final installment of their popular, nationally syndicated radio show, “On The House with the Carey Brothers,” will air Dec. 25, 2021. 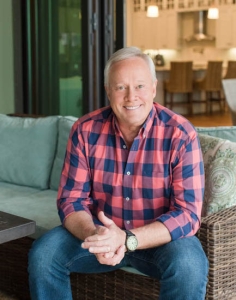 “I’m both happy and sad about James and Morris’ decision to hang up their headphones and step down from their 35-year home improvement media career,” said Lipford. “They are legends in the business and will be missed! I am glad they’ve enjoyed such a successful run, and grateful that I’m able to carry on their media tradition and legacy. Today’s Homeowner looks forward to featuring their articles, videos, and, hopefully, airing on the many radio stations they’ve earned during their career”.

In addition, the Carey brothers have endorsed Lipford’s nationally syndicated home improvement radio show, “Today’s Homeowner with Danny Lipford,” to replace their “On The House” broadcast

“Morris and I have been moved by the tremendous outpouring that we have received since announcing our retirement,” said James Carey. “The positive comments, and expression of gratitude and support have been overwhelming and heartening.” 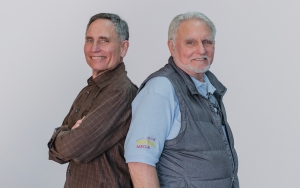 James and Morris Carey, Hosts of “On The House”

“Danny is a warm, pleasant and knowledgeable guy. I can’t think of anyone to whom I would rather pass on the torch,” said Morris Carey.

“We have known Danny for many years and consider him to be one of the best in the business. Danny is an accomplished builder and a natural on-air. He has a warm, friendly style and easy-to-listen-to delivery. We are confident that Danny will take good care of the folks that have come to depend on us to help them care for their piece of the Great American Dream,” added James.

The brand also offers a library of over 400 90-second “Tips for Today’s Homeowner” vignettes that currently air on 380 stations.

With Lipford’s companion nationally syndicated television show, “Today’s Homeowner with Danny Lipford,” airing in 92% of the U.S., radio stations are showing tremendous interest in adding “Today’s Homeowner” and “Tips for Today’s Homeowner” vignettes since Lipford and his brand already have an established presence and loyal audience.

Radio stations interested in learning more about “Today’s Homeowner” Radio should contact Vice President of Distribution, Scott Basilotta, at (516) 668-5313, and scottb@todayshomeowner.com. Information and show clips are also available at todayshomeownersyndication.com.

About On The House Media

James and Morris Carey have a combined 85+ years’ experience as licensed contractors. Their weekly two-hour radio program, “On The House with the Carey Brothers,” airs on a network of over 100 radio stations.

Their program is also streamed live and podcast on a host of digital broadcast outlets including Spreaker, Soundcloud, TuneIn, Stitcher, iTunes and iHeartRadio.

The Careys are authors of four home improvement and remodeling books including “Cost Effective Home Upgrades,” “Home Remodeling For Dummies” and “Home Maintenance For Dummies” 1st and 2nd Edition.

The Carey Brothers appeared regularly as the home improvement experts on the Daytime Emmy Award-nominated Home & Family TV show on the Hallmark Channel and have been home improvement editors on CBS News Saturday Morning, Discovery Channel’s “Home Matters,” HGTV’s “Smart Solutions” and PBS’s “Right On The Money,” among others.

The brothers have owned and operated their family Design/Build remodeling firm, Carey Bros. Remodeling, in the East Bay, California community for more than 40 years and earned the National Association of the Remodeling Industry’s coveted Contractor of the Year Award.