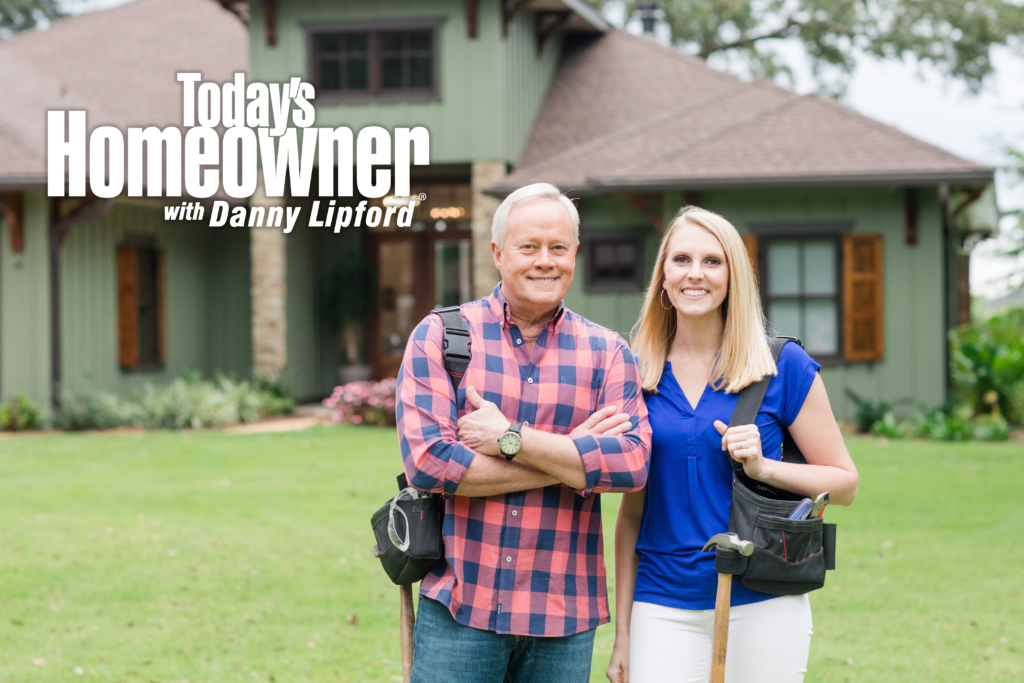 In 2008, the home improvement show received its first Daytime Emmy nomination for Outstanding Special Class Writing. On May 5, 2022, “Today’s Homeowner with Danny Lipford” received its second nomination in the show’s 24-season history — this time, for Outstanding Multiple Camera Editing. Other nominees in the category include “Articulate with Jim Cotter” and “The Good Road” on PBS, “The Bold and the Beautiful” on CBS, and “The Kelly Clarkson Show,” syndicated.

Danny Lipford and Chelsea Lipford Wolf, the show’s co-hosts, are excited to have the Academy recognize the team’s hard work.

“We are so excited our team has been nominated for a Daytime Emmy!” says Chelsea. “They work so hard with far fewer resources than our industry friends. And they obviously do it just as well! It is a huge achievement to be recognized and I’m so proud to work alongside them to empower our audience of homeowners into confident do-it-yourselfers!”

Brad Rodgers, Director of Photography, and Scott Gardner, Creative Director, have led the show’s production for over two decades and are thrilled with this recognition. The nominated entry is a two-part series titled, “Hope for a Hometown.”

The series follows Lipford and Wolf as they travel to Lipford’s hometown of Marianna, Florida. The father-daughter team organized and led a group of more than 100 community volunteers to rescue a downtown property destroyed by Hurricane Michael in 2018. They converted the abandoned space into a community “pocket park” that enhances the downtown area and is used for gatherings and social events.

“I am very proud of the quality of work Brad and Scott have contributed to the show over the last two decades,” says Danny. “And our production team is beyond talented. To receive a second nomination against that level of competition – just shows the amount of skill and hard work they put into producing the show.”